Global Drug Survey (GDS) has been researching synthetic cannabis products for the last four years. We've published the largest studies of their use in the world. The overall findings are that synthetic cannabis (SCs) products are far less desirable, with 93 percent stating a preference for the real thing and more risky with more unwanted effects than natural high potency weed (Winstock and Barrat 2013 -- Drug and Alcohol Dependence).

I initially thought the very high rate of those seeking emergency medical treatment after their use (about 1 in 30-40 last year users -- Winstock and Barratt 2013 Human Psychopharmacology) was simply a reflection of the fact that these compounds, unlike THC, are full receptor agonists (meaning that there is not a ceiling on how stoned you get) and were not manufactured with much care or precision when it came to the amount of active product being sprayed onto each gram of inert herbal material. Many SCs are much more potent (sometimes hundreds of times more) than THC and SC products contain no counterbalance such as CBD. A colleague suggested the reason for higher rates of adverse effects might be that these products were unregulated and therefore there was little quality control and this explained the increased risk. That suggestion lost some validity to my mind last year, when the findings from GDS2014 revealed that the highest rates seeking emergency medical treatment after using SC products was seen in the one country in the world where there was a regulated market for them, New Zealand. In as yet unpublished research by GDS, 3.8 percent of 345 last year users of SC products in New Zealand reported seeking emergency medical treatment. That's almost one in 25 users. That's huge. And one in four were admitted to hospital. Was it a surprise? Not really, given that new regulations only applied to new products in New Zealand so less potent products that have been used prior to the change in laws were forced to be removed from the market and replaced by less familiar and often more potent synthetic cannabis products. To date, based on our analysis of several thousand users, we estimate that compared to natural cannabis the risk of seeking emergency medical treatment is at least 30 times higher than with natural weed (Winstock et al paper in press and as reported at Stuff.Co.NZ).

The laws of common sense and basic economic theory (there's lots of natural weed supply in the world) would therefore suggest that the market for SC products should be dying. And yet, they represent the fastest growing group of novel psychoactive drugs reported to international monitoring agencies like the EMCDDA. One reason is that when one set of synthetic cannabinoids are regulated for -- there's a whole truck full waiting to be dissolved in acetone and sprayed on damiana and lettuce leaf, dried, packaged and sold for a hefty profit (really huge profits with no need for elegant hydro set-ups, electricity and water). Now of course just because new SC are being reported to monitoring agencies and are being sold online and in shops does not equal widespread use. And at least in most countries we surveyed last year as part GDS2014 (with almost 80,000 people taking part), only rarely did SC products make it into the top 20 drugs being used in the last year (by a group with higher drug use experience than the general population) with prevalence rates sitting between 0.5-2 percent. I think this is what we would expect however when there is easy access to good quality weed or other natural cannabis preparations in most countries. Even in New Zealand the last year prevalence of use only reached 6.8 percent, compared to 35 percent for natural cannabis. So it's not like there was huge supply deficit in the global cannabis market as there was when mephedrone (a now illegal synthetic cathinone) arrived to fill the tanks of European and especially British clubbers fed up with poor quality MDMA and expensive even poorer quality cocaine. So to be honest I am a bit surprised that SC products have hung around.

So why is there still demand? Why use a less desirable product when a more preferable one is usually available? Well at least in some cases (GDS data suggests only a minority) it will be to avoid workplace drug screens. I work in a prison and know at times these products have had real currency for some people and the same could be said for those in transport, mining and other risk critical areas. But it's not just avoidance of detection which I suspect is an issue for only a fraction of users. It's also price, potency and the bang for the buck. Because the truth is that over the last decade high potency weed has increased in price relative to other drugs in many parts of the world. At a mean price of around €10/gram and most people getting 3-4 joints out of gram, for many people, pot smoking has become an expensive habit (pity the Irish, home to the most expensive weed in the world with a gram costing €20-25). And for some people, using a more potent but less desirable product might just be function of economy. I bumped into a guy the other day in a head shop in London. He was buying a 3gm deal of Cherry Bomb for £25. I asked, "wouldn't you rather smoke some nice weed?"

I replied, "But the high you get from the synthetic stuff is not as nice, why use it?"

"Money bro, it's all about money, and I know I need more of this stuff now to get to sleep than I used to so I know my argument is rubbish."

Posted by privateaddictionclinic at 07:45 No comments:

My heart hammers in my chest. My breath comes in laboured gasps. Every noise stabs at my consciousness like a hive of angry wasps, irritating me to the point of rage.

Am I under attack? Facing sudden death, or a major exam? 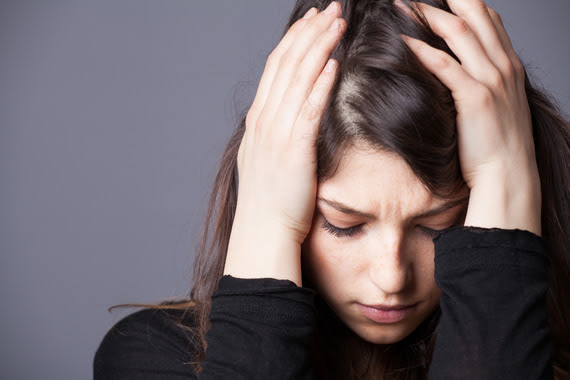 12 Things People With ADHD Want You To Know

Steve Miller: 'Parents Of Obese Children Should Be Sent To Jail'

This terror - and it is terror, not panic, anxiety or stress - is caused by getting in my car. Any car. Ever. And it isn't just driving triggering the 'anxiety' I have been plagued with since my early twenties.

I've always struggled with what people think of me socially, which was exacerbated when I found myself parenting a child with ADHD; a child with absolutely no filter.

My favourite example of this was his interest in the general election, where he took a particular shine to Nigel Farage (N.B. he is ten). This led to him contributing to a discussion about politics with 'well, really all the Polish should just be sent back'. Loudly. In a park full of Polish people.

It was quite innocent I hasten to add. Once I explained why this was not ok, he was mortified, but it did lead to me wonder that given I spend around 80% of every day thinking: 'Jesus, will the floor not just swallow me up already,' I should probably be over it by now. I should be able to laugh it off.

I'm not. Instead I smile at people who are rude to me. I shun any person or situation that causes my mind to become overwhelmed by negative internal messaging.

Except I can't shun my son, or gag him, mores the pity. Instead I do the maternal smile of death (gritted teeth, manic eyes, twitching jaw) and kick him under the table. In my head.

Client relations are especially fun. 'Can you change this Kirsty' sounds like: 'Call yourself a professional, you illiterate primate? I'm hiring a competitor RIGHT NOW!'

I am not alone. The number of women experiencing the same is shocking. The ADAA suggests up to 18 percent of the population struggle with anxiety at the moderate to debilitating level. A scan of my social groups put the figure closer to 25%.

These aren't neurotic types, with shaky hands and nervous dispositions. They are smart, outwardly confident women with successful lives. They are tortured by panic, fear and extreme self-doubt daily.

Googling 'women and anxiety' reveals 155,000,000 listings. On the Huffington Post alone there are over 37,000 mentions of the subject.

You could be forgiven for thinking that the topic has been done to death and yet every day a new piece of advice, or statistic is given to highlight how serious and ingrained this issue has become.

It isn't an understatement to suggest that fear and worry is epidemic amongst western women.

Dr Arun Dhandayudham, Medical Director of the Westminster Drug Project and a specialist in treating anxiety and panic disorders, suggests that although we all have anxiety to some degree. This fear was bred in to us by biological necessity as a survival instinct but usually lies fairly dormant.

It is modern diets and lifestyles ramping up the tension to a level unexperienced by previous generations. He says:

"I think it's a mix of stress, pressure, overwork, fatigue, lack of sleep, unrealistic expectations of oneself and others thrown at what people expect their lives to be like.

"Our "always on" lifestyle does not really help."

Charles Linden, founder of The Linden Method, which helps anxiety sufferers treat themselves without medication believes creative minds are often behind the issue. His research suggests that the creative mind is often the cause, due to its ability to visualise negative scenarios so easily.

Part of the issue is that there seems to be no consistent solution to the problem. Doctors refer to it as a mental health issue, and often prescribe drugs, instead of the more effective CBT which has a longer waiting list and a higher cost to the NHS.

Working similarly is ACT, or 'acceptance and commitment therapy', introduced to me by my talented friend and fellow anxiety sufferer, writer Rebecca Summits.

ACT, championed by Russ Harris reflects Dr Dhandayudham's belief that anxiety is a natural state of being for human beings. Instead of fighting against it, the trick is to listen to what your anxiety is telling you about yourself or your life.

Something all experts in the field point to is diet. Caffeine (be it in fizzy pop, coffee or chocolate), Nicotine, Alcohol - all have experienced a huge rise in consumption in the last 30-years. All contribute to an acceleration in the base line of anxiety. Ditch the chemicals, ditch the fear.

Meditation offers proven clinical benefits. Dr Dhandayudham's recommends 20-minutes a day. If you are in full panic cycle though it can be hard to sit for one minute, so apps like Headspace, offering mindfulness training in short bursts.

The key thing to remember seems to be not to give in. No matter how bad it feels, you are unlikely to die. You are afraid. It WON'T last forever. So breathe. Breathe again. Talk to someone.

We will be ok. Even if it's really hard to believe right now.

MORE FROM THE WEB

'Anti-Homeless Spikes' In London Get A Fabulous Makeover

Woman To Marry Dog Following Death Of Her Previous Husband... A Cat

Teen Born With HIV In Remission, Despite Stopping Medication 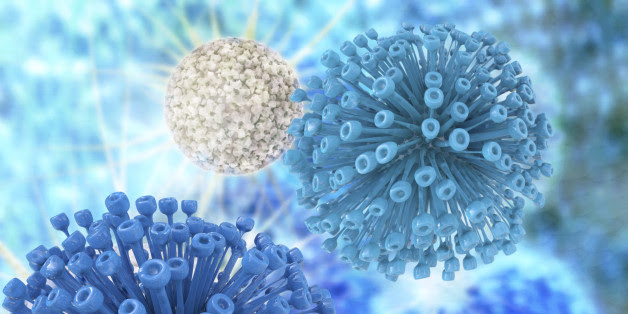 The Best Men's Fragrances For Summer

British Sex Survey Reveals We're Not That Adventurous In The Bedroom

Seven Ways We Should All Try Living More Danishly

Helen Russell Journalist and bestselling author of The Year of Living Danishly, Uncovering the Secrets of the World's Happiest Country

Posted by privateaddictionclinic at 16:16 No comments: